Zheng Barin learned that Luo Zhiguo was dead, he hurried back to the ward, holding Luo Zhiguo and crying, suddenly found footprints under the bed, Zheng Barin immediately chased out […]

Zheng Barin saw the bloody photos on the wall of the secret room, and was surprised to find that the things in his memory were very different from reality. He […]

Gao Wuzhi searches for the murderer who killed Li Zaozhi in the jungle. Zheng Barin flees in fright. Gao Wuzhi only finds Cui Hongzhu who was knocked out. Wu Fengyi […]

Twelve years ago, Han Zhuzhu deliberately walked around the river where few people passed by. He was playing games while walking. He saw a dog and a dying girl under […]

Cheng Zhien clearly remembered what happened that year. After Han Xujun was arrested, she went to the hospital for a birth check and witnessed a scene where a mother wanted […]

Han Xujun gambled once and confessed and admitted that he transplanted Cheng Yaohan’s brain to Zheng Barin, but he didn’t expect Zheng Barin to find out so quickly. Han Xujun […]

Zheng Barin remembered that when he was a child, he put the little mouse in the snake’s nest. The little mouse ran away in fright. He hurried to chase, but […]

Cheng Zhien was awakened by the nightmare, only to realize that the staff sent her to the hospital. Gao Wuzhi asked Cheng Yaohan about Kim Korea’s whereabouts. Cheng Yaohan fainted […]

Before the police arrived, Wu Fengyi came to the church. It was pitch black. Wu Fengyi lit a candle and saw Father Gao being killed. She just wanted to go […]

Cui Hongzhu and Gao Wuzhi publicly challenged the murderer in the program and called on the citizens to provide clues. This incident immediately attracted the attention of the whole people. […]

Cheng Yaohan killed his grandma without any effort. He felt that he had no sense of accomplishment. Before leaving, he snatched the corsage that Wu Fengyi gave to his grandma. […]

Mei Jing, who was killed in the vineyard, was the 20th victim. This incident caused panic among the citizens. Daniel suspected that Han Xujun’s son was a murderer many years […]

The police took the young Han Zhuo to the police station for questioning. He denied killing and was calm and calm. Even the polygraph could not detect it. The police […]

The story started from the scene in the Jiuling Zoo in 2000. The children visited the zoo under the guidance of the teacher. Everyone gathered around the glass cabinet to […] 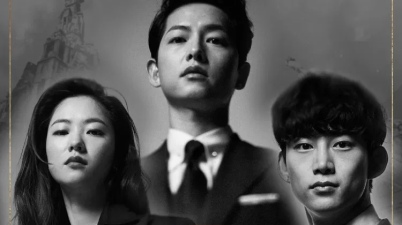 The people who had been helped by Hong Yucan were very enthusiastic to help them complete this operation. Hong Cheying felt their kindness and was suddenly moved. The senior of […]

The president knew that Han Junhyuk wanted to do everything. Although he was angry and didn’t hate him, he just asked him to hold a press conference and attribute everything […]

Luo Chengyuan took the initiative to make an appointment with Li Zhixiu and discussed with her many things related to Li Longmin. They used to be very good friends. Naturally, […]

There are overwhelming negative remarks about the daily South Korea and the president. Although they are not published in newspapers, they are already well known on the Internet. Han Jun […]

Before Hong Yucan’s phone call was broadcast, the two were hit by a large truck and unknowingly walked to Hong Cheying, who was burning the hotel. He saw his father […]

The owners of private small businesses gathered in the square to protest, demanding that they be given a chance to live and that they should enjoy the rights they deserve. […]

The owner of Nalin Snack was under pressure from public opinion, and the news reported in real time that he was about to commit suicide by jumping off the building. […]

An Jiyun has always existed to cover up all kinds of unbearable things, and he must have bribed the daily high-level of Korea. He is a man who was born […]

With the recommendation of Luo Chengyuan, Han Junhyuk successfully promoted him to the planning control department and became the top of the 15th floor. Only working on the 15th floor […]

When the news broke out on the request list at the beginning, it was Minister Yoon’s matchmaking. After the president and Gao Zhuo agreed to the result, and finally interpreted […]

The editorial office and stairway monitoring on the day of Wu Soo-yeon’s death were taken away by the president. According to the security personnel, the president’s office had a safe, […]

Inspector Joo Won and Lee Dong-sik were both suspicious of each other. Therefore investigating the history of the other party The remains of the ring fingers that Dong-sik and Inspector […]