Xiao Chengyao told Xiao Chengxu and Xiao Chengxuan that whoever was on the throne in the end was the most suspicious, and he was definitely not the only one with […]

Helan Yunqi and Helan Mingyu had to return to the palace after attending the wedding. Helan Yunqi said that he wanted to go to the Hall of Blessing, and Helan […]

Xiao Chengyao said that if Xiao Chengrui was dissatisfied with him, he could be dealt with, but when the soldiers saw that the heroes who dealt with him were chilling, […]

Xiao Chengxu recalled the sweet times before, and it was painful. Xiao Chengxuan felt uncomfortable seeing him like this. Xiao Chengrui came to Helan Mingyu ’s palace, thinking that she […]

Xiao Chengrui came to Xiao Chengxu ‘s room and saw that Xiao Chengxu’s bows and arrows were given to him by himself before. He Lan Yunqi found him, and Xiao […]

The subordinates wanted Xiao Chengxu to evacuate, but Xiao Chengxu said he wanted to live and die with his brothers and killed him before. He will come out at night. […]

Xiong Xiruo got upearly to clean the room, complaining that the big familygot uptoo early, it was better to be at home. Missing his family, he accidentally fell asleep on […] 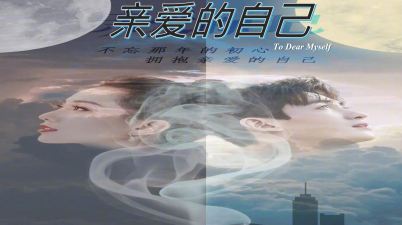 To Dear Myself 亲爱的自己 Episode 18 Recap

Zhang Zhizhi was shoppingwith Gu Xiaoling andLi Siyu. Zhang Zhizhi was not very interested, and when he asked, he knew that he was arguing with Liu Yang. Fortunately, Li Siyu […]