Dr. Nielsen is certain that Wanda is four months pregnant. While accepting the doctor Daoxi, Vision could not help but wonder, how could there be a four-month-old fetus after only […]

Episode 2: Thrilling Talent Show Westview town ushered in an annual talent show, the purpose is to raise funds for the town’s elementary school. Wanda and Vision actively responded to […]

A newlywed couple Wanda and Vision came to a small town in the 1950s. Wanda is a witch with magic, and Vision is a half-human, half-computer robot. This strange combination […]

The bloodbath of the hearing has not been able to find out the cause, the people are panicked, the president was forced to declare a national emergency. With the atmosphere […]

At present, the lighter is an important witness. Mallory invited the Victorian Senator to meet with the lighter in his forest villa to discuss the holding of a hearing about […]

A live interview of Walter’s new film was shown on TV. Just watching the eyes of the Motherlander and the Storm Girl met each other, Billy knew that the two […]

The filming work of the new Super Sevens film prepared by Water Group is in full swing. In addition to introducing a new member, Storm Girl, the film also deliberately […]

Without the mouse, Billy temporarily put away his thoughts of retrieving his wife. Unexpectedly, a meeting with Mallory rekindled his hope. While sorting out Susan’s belongings, the CIA found a […]

Billy didn’t know where he borrowed a yacht. A group of people and a captured rat went out to sea for five kilometers to wait, news of Mallory. Billy is […]

His head was still dizzy, but Billy was convinced that he saw Bega and the child. It’s just that he couldn’t figure out why he would wake up in the […]

After the death of Vice President Madeleine, the Water Group entered a new era. Externally, President Edgar personally negotiated with the Department of Defense to help the US military eradicate […] 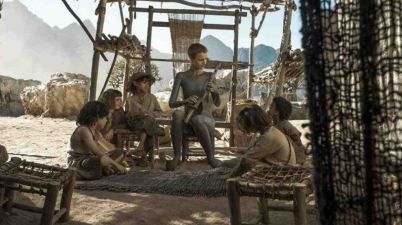 Episode 1 In the 22nd century, two androids, Mother and Father, escape an Earth devastated by war between militant atheists and a religious order known as the Mithraic to colonize […]

After leaving Aberdeen, Villanell met with Caroline at the Royal Albert Hall in London. When she was in a Russian prison, Caroline had promised to work to obtain intelligence, but […]

Villanell rarely put away his cynical look, sitting solemnly in a certain European castle. She regretted that after doing those things to her mother’s family, she shouldn’t rush to take […]

In the London hospital, Markek by the bedside saw Eve coming in with uncontrollable disgust on his face. There is an oxygen tube stuck in Nico’s throat on the hospital […]

Villanell was sent to an orphanage by his mother since childhood. After being told that all her family members had died in a car accident, she set fire to the […]