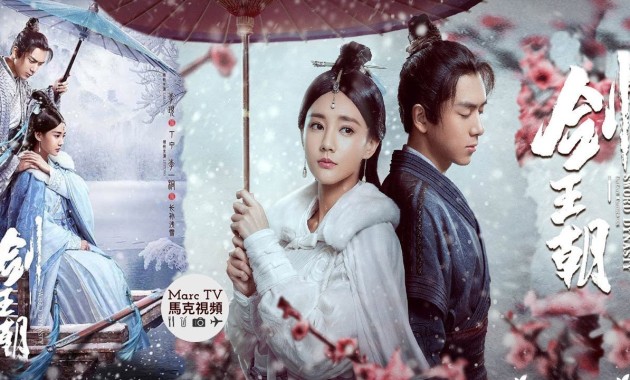 Ye Zhen died of Ding Ning’s Sword King and his army to bring peace to the world after the war Ye Zhen worked hard to heal Yuan Zichu, but he […]

Yuan Zichu’s illness is in the dark, Ding Ning brings light snow to healTo cotinine Although martial arts has shrunk, but he was in the enemy natured trick, light snow […]

Yuan Zihan kills Yelu Canglang and Ding Ning to practice the sword of torture. Yuan Zichu went back with King Wang. He told his father that the death was due […]

Ding Ning gets the torture sword Chen Xuan to go to Ye Zhen to present a fake God of Heaven. The warrior of the national division took the blood of […]

Ding Ning saw that Liang Lian led his soldiers to kill his soldiers, and Qian Xue led him to run away. Soon Liang Lian’s team arrived, and Bai Shanshui let […]

The King of Kings Lets Huang Zhenwei Slay the Wind and the Night Wu Zhen Zhen Tells Yuan Zichu to Beware of Yuan Zihan. Huang Zhenwei rode on the bazaar […]

Ding Ning heard Qian Xue’s feelings like that and asked her if she made her feel insecure. Asakusa felt that the more she lost the more she got to the […]

In the middle of the night, Xue Wangxu saw Jiang Li still practicing sword practice. Xue Wangxu’s loyalty and diligence were obvious to him. He knocked on Jiang Li’s door […]

Chen Xuan advised Ye Celiang that the queen now draws others’ attention to others, but her situation is equally worrying. While saying that Chen Xuan found a dark shadow on […]

Fang Houye saw that Qianshan Ling was really powerful. Before he rotated, he seemed to have been sucked into a huge black hole. Many demon ghosts were screaming in the […]