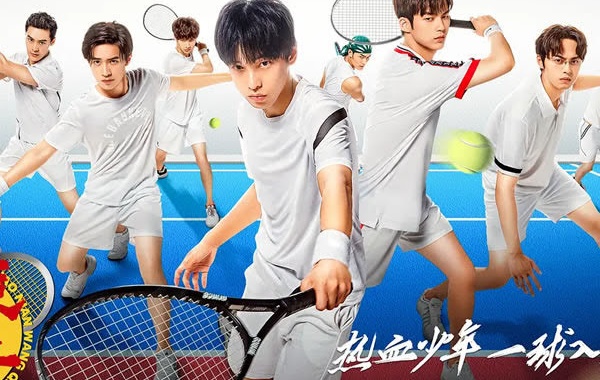 Yan Zhiming’s spectacles were shattered and forced to go. He stepped off to take other glasses and saw Yan Zhiming’s condition. Lu Xia was very worried about his loss of […]

Qi coach to call the road ahead, I heard that his son passed out, the way forward rush to school to see his son, his son is aware of fatigue, […]

The tennis players of Yuqing Middle School saw Haiguang’s strength in the video. Everyone took a sigh of relief. They worked hard to beat Haiguang. In his spare time, Dayong […]

After Siyang went abroad for treatment, all the team members missed him very much and hoped that he would return to the team soon. Huang Jing heard that Si Yang […]

In his spare time, Huang Jing couldn’t help asking Xiuwen why they couldn’t make rapid progress like Si Yang and Lu Xia . In summary, Huang Jing felt that most […]

Finally, it was Lu Xia ‘s turn to play. He was furious and was ready to fight for Si Yang. He first used Si Yang’s usual zero-degree ball to pass […]

Si Yang insisted that he finally won Jingwu in the first game, and all the little friends present applauded him excitedly. The gap between Si Yang’s rest, Qiao Chen motioned […]

Xing Long’s Wings Defeated Chonghong Siyang’s Wrists Left with Sickness Many Years Ago. Copying He Xinglong’s play, He Xinglong began to feel awkward to cope with. Seeing that Chong Hong’s […]

Although Qiao Chen used Dayong ’s jacket, he did not follow Dayong ’s strategy. For the first time, he played with Jiale to form a two-player group. The two did […]

Zina received the phone call. She had applied for Siyang to go abroad for a long time ago. Now that she has obtained the permission, the preliminary examination has passed […]

Under the scorching sun, Siyang asked Zhuozhi to go fishing. He wanted to know why Zhuozhi was always absent-minded when he and he played the ball skills. The answer given […]

Kui Jian heard that it was his turn to play with Zhang Baiyang. He jumped into the game with a dragon and turned around. This chic figure drew a cheer […]