How do Alipay and WeChat make money?

How do Alipay and WeChat make money? Unbelievable, the annual income of 50 billion just by scanning the code. The daily active users of WeChat exceed 1 billion, and the […]

“Late Night Study” ends with Baidu and CITIC’s cross-border linkage to stimulate new potential in the content industry. A few days ago, the first season of the experimental talk show […]

Google in Russia to file for bankruptcy after being confiscated by the government Can’t pay employees Last year, the Russian branch of Google made more than 1340 billion Russian rubles […]

Vietnam unveils the world’s longest glass bridge. In the northwest of Son La Province, the bridge, named Bach Long (Bach Long), is 632 meters long. The bridge sits between the […] 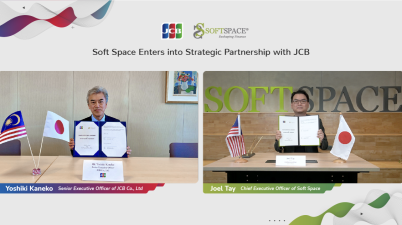 JCB has partnered with SoftSpace, a Malaysian financial technology company

A brief introduction to JCB Founded in 1961, the company pioneered the introduction of credit cards as a new payment method in Japan. The company has expanded internationally. and as […]

When will the THR of Civil Servants and the 13th Salary in 2022 Disburse? Record the Latest Schedule Updates Here