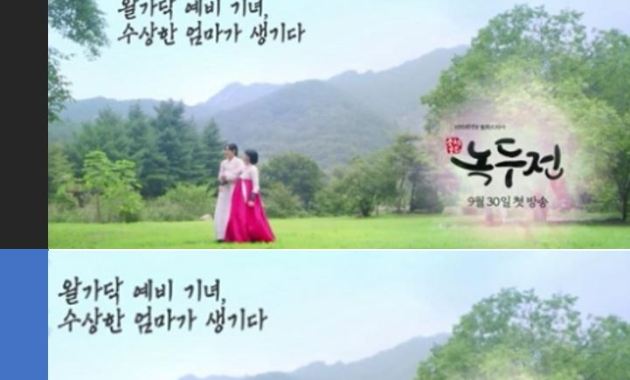 The Tale of Nokdu Episode 30 Recap

Dongju gave up his life and forgot to help the mung bean king, regardless of the truth, wronged mung bean Lu Wu took Dong Zhu to a remote place. He […]

A woman stands on a clearing in a peaceful forest. She is our heroine CHA YOUNG-JIN and a bouquet of white flowers caught her eye. A high school girl Choi […]

Early in the morning, Ha Na thought she had overslept, and hurried to get up. She did n’t feel relieved until she picked up her phone and saw that it […]

He Na was very worried about the sub-divisional volunteers that she hadn’t turned in. She came back after she walked out of the office. Both of them did not look […]

After the middle-level adjustment of the school, the original principal teacher as the veteran teacher of the school was arranged to work in the office of the retired Ruhua, and […]

In the busy time, if the cold season came, Herna became the only contract teacher left by Dazhi High School this year. Although she failed to become a formal teacher, […]

After repeated considerations, Haina decided to have a good talk with Xiuhao. When she heard that Haina’s request turned out to be a fair selection of formal teachers so that […]

In order to successfully become a school supervisor, Xiu Hao contacted Cheng Shun more than once to eat together. Cheng Shun refused a few times before, but when she saw […]

Haina finally ushered in the paid vacation she had dreamed of before, but the vacation was not as easy as she had imagined. As the senior third-year class teacher, she […]

While Cheng Shun and the others anxiously waited for the other party to call, they unexpectedly saw the number of Teacher Song who was still cold to them last time. […]

After running back to school breathlessly, Haina found that not only her but also all the Mandarin teachers were present. Everyone got together to discuss the test questions from the […]

Because Effin told her about the problem, Hona was running around, and Xiu Hao not far away paid attention to her words and deeds. Xiu Hao did n’t want Hona […]

In order to evade the supervision of the Education Bureau, several teachers deliberately changed the name of the deepening class to the deepening society. There is a girl named Youla […]

Cheng Shun and his entourage walked on the wide campus. Yan Yu and Ming Xiu both went to the bathroom, leaving only He Na and Cheng Shun sitting on the […]

Cheng Shun took several colleagues from the College of Higher Education to attend the senior high school meeting in six high schools. For the first time in her life, she […]

Many things in her childhood had been forgotten by Herna, but she often remembered the experience of buying a dog that she could not forget. It was a pet shop […]

Although tired of everyone’s eyes on her, but every time I think of the teacher Yinghe who used his life to save himself when he was young, He Na felt […]