In 1936, with the acceleration of Japanese aggression, the situation in China became tense day by day. There is a family named Xie in Lanfu Town, Huaibei, Anhui, China. The […]

The radio called Hao Jiali and told her that a taxi driver reported that she had pulled a girl named Sasha to Ping An. Although Hao Jiali inquired about the […]

Chuan Zhu looked around for Sa Sa, and saw Huang Mao at the door of the bar preparing to take Sa Sa to leave. Chuan Zhu rushed to protect Sasha […]

After removing the top bar of the Book of Heaven, Liu Siyang thought that he and Qiao Huimin would finally clear all obstacles. Unexpectedly, Sasha suddenly found Qiao Huimin’s office, […]

Under the excitement of the heavenly book, Wu Laoba took up the big glass of wine and drank it for the happiness of Liu Siyang and Qiao Huimin. As a […]

Obviously, the spies coming this time are not just for the eyes of the spies. I am afraid that they will disturb the situation of the Wei Dynasty and provoke […] 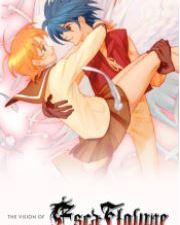 The Vision of Escaflowne

Hao Jiali ran into Wang Fugui on the way from get off work. Wang Fugui is now making a lot of money in the garlic business. He drives a car […]

After Ma Jiajun submitted his resignation report to President Deng, he went to Song Twelve, and he wanted Song Twelve to help him arrange a job. Song Twelve gave him […]

Qiao Huimin did not expect to meet Liu Siyang in this scene ten years later. The two looked at each other for a long while, their eyes full of a […]

Qiao Huimin took the initiative to find Director Chen of the Student Affairs Department, and submitted an application to him to give up studying for graduate school, requesting to go […]

Liu Siyang took the newspaper to Ma Jiajun and criticized Hao Jiali for discrediting Qiao Huimin. He hoped that Ma Jiajun could call on his classmates in the Chinese Department […]