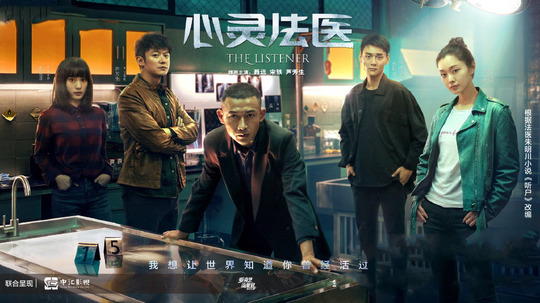 Luo Bixin took the whole team to arrest Zhou Tian’s home. Zhou Tian opened the facade to calmly let the muzzle open for everyone to enter, while he calmly approached […]

Luo Bixin successfully rescued the Mingchuan skeleton that fainted in the cave. Ding Chunqiu and his team were packing their luggage and preparing to leave Shuiyunjian. Because they did not […]

Ming Chuan told Luo Bixin and Xia Yithe conclusion after autopsy. He found that the bodies were drowned after entering the water, and that they were all pregnant women who […]

Nanjiang City. In order to find the evidence as soon as possible, Luo Bixin and the local police conducted an overnight evidence collection in the cellar. And any of Ming-chuan […]

Luo Refill with either Ming-chuan to South River City investigative encountered slippery mountain wave. Because of this landslide, the two were unable to return to the team on time and […]

Because a serious radiation source was found in the room where Lexman lived, the relevant departments specially sent professionals to the construction site for detection and isolation. The close contact […]

Ren Mingchuan dismisses Jason’s suspicion that Lexus has a lethal radiation source in his residence. Police station. In the discussion on whether to Lingzhi Wen autopsy again, either Ming-chuan and […]

In the quarry, Ling Zhiwen led her daughter Li Ying to flee wildly, followed closely by the police. One year ago, he was deprived of visiting rights because of his […]

Luo Bixin was studying the case at home, and suddenly heard someone knocking on the door. Mingchuan personally went to Luo Bixin’s house. This made Luo Bixin very surprised. Mingchuan […]

At Huang Weilun’s concert, Mingchuan tried to find out whether Huang Weilun was related to the murderer. He took advantage of the turmoil before the opening and directly touched the […]

Luo Bixin was awakened in a nightmare at night, and found that it was only a little bit after watching the time. On the other side, a stylishly dressed man […]

Ghost eyes obliquely to Gong Yuanhan and Lu Renyi telling why they gave up their lives for the Thirteen Princes in order to resurrect and resurrect their loved ones. Lu […]

Gong Yuanxiu sat with everyone to discuss countermeasures. Now, everyone has learned that the thirteen prince’s ultimate purpose is to refine Changsheng Pill to save Ziyue. Ziyue’s body will be […]

In the forensic anatomy room, Mingchuan explained to Luo Bixin the results of his dissection of Qin Hong. He thought that Qin Hong was probably caused by intracranial hemorrhage and […]

A drowning female body was found near a river in Penghai. At the police station meeting, the criminal police were analyzing the case of the freshwater female corpse. The deceased […]

On the night after the rain, a man walked on the road and drank all the way with wine in his hand. When he vomited while holding the corner, a […]